Security it’s there to help the organization do what it does. If that mission is making money, then the main mission of the security group — at its highest level — is to make that company money.

To put it another way, the reason the security group is even there in the first place is to keep the organization from losing money.

This isn’t a “leet” way to look at things for those who are into the novelty of being in infosec, but it’s a mentality that one needs to have to make it in the industry long-term. This is becoming increasingly the case as companies are starting to put a premium on the professionals who see security as a business function rather than a purely technical exercise.

It’s important to keep in mind that:

The CIA triad is a very important trio in information security. The “CIA” stands for Confidentiality, Integrity, and Availability. These are the three elements that everyone in the industry is trying to protect. Let’s touch on each one of these briefly.

It’s a good practice to think of information security attacks and defenses in terms of the CIA triad. 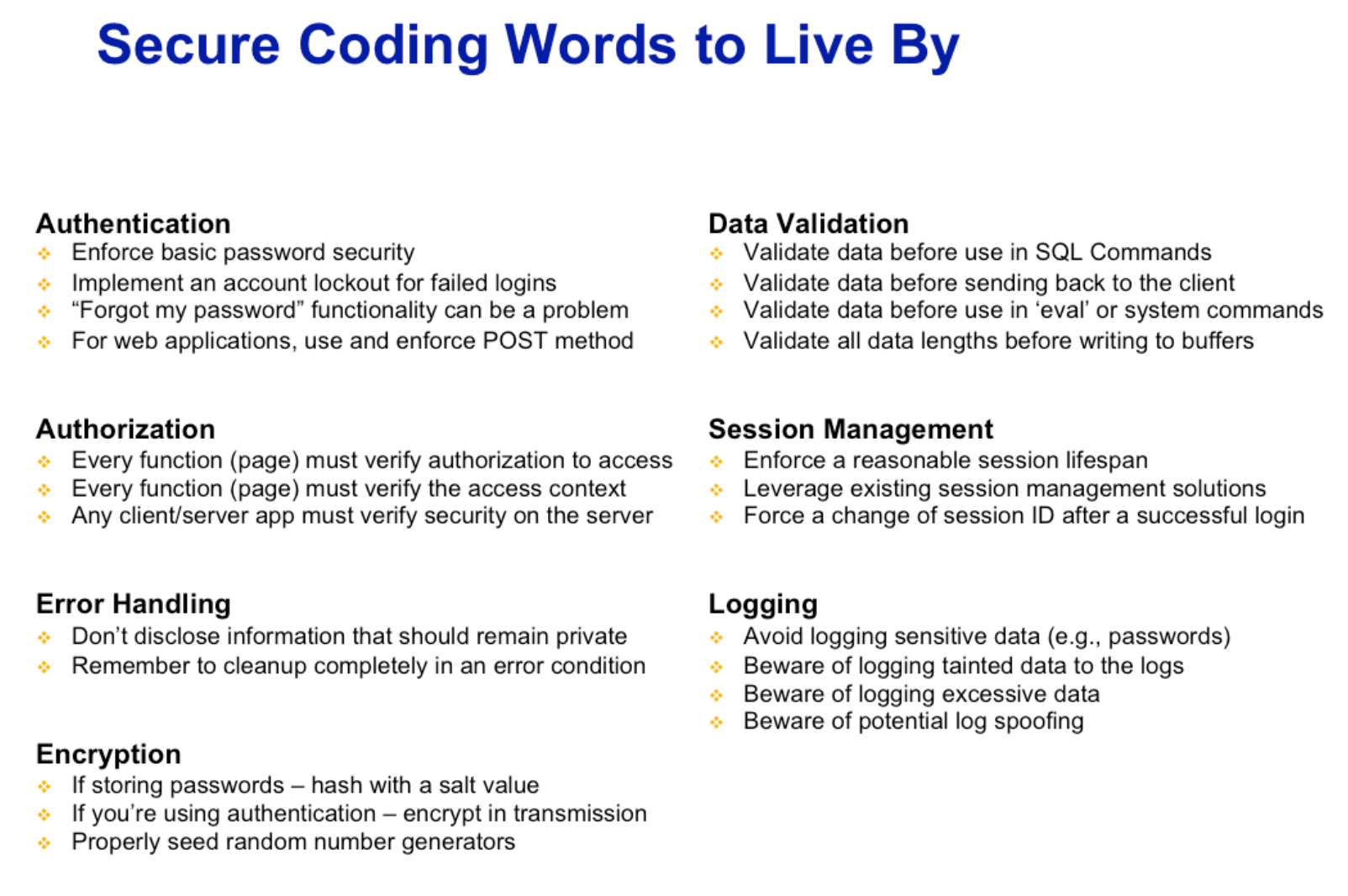 A vulnerability is a weakness in a system. This one is pretty straight forward because vulnerabilities are commonly labeled as such in advisories and even in the media. When you apply a security patch to a system, you’re doing so to address a vulnerability.

A threat is an event, natural or man-made, that can cause damage to your system. Threats include people trying to break into your network to steal information, fires, tornados, floods, social engineering, malicious employees, etc. Anything that can cause damage to your systems is basically a threat to those systems. Also remember that threat is usually rated as a probability, or a chance, of that threat coming to bear. An example would be the threat of exploit code being used against a particular vulnerability. If there is no known exploit code in the wild the threat is fairly low. But the second working exploit code hits the major mailing lists, your threat (chance) raises significantly.

Risk is perhaps the most important of all these definitions since the main mission of information security officers is to manage it. The simplest explanation I’ve heard is that risk is the chance of something bad happening. That’s a bit too simple, though, and I think the best way to look at these terms is with a couple of formulas:

Multiplication is used here for a very specific reason — any time one of the two sides reaches zero, the result becomes zero. In other words, there will be no risk anytime there is no threat or no vulnerability.

A policy is a high level statement from management saying what is and is not allowed in the organization. A policy will say, for example, that you can’t read personal email at work, or that you can’t do online banking, etc. A policy should be broad enough to encompass the entire organization and should have the endorsement of those in charge.

A standard dictates what will be used to carry out the policy. As an example, if the policy says all internal users will use a single, corporate email client, the standard may say that the client will be Outlook 2000, etc.

A procedure is a description of how exactly to go about doing a certain thing. It’s usually laid out in a series of steps, i.e. 1) Download the following package, 2) Install the package using Add/Remove Programs, 3) Restart the machine, etc. A good way to think of standards and procedures is to imagine standards as being what to do or use, and procedures as how to actually do it.

There are no notes linking to this page.